As Lacan observed in his adjunct to The Founding Act;

“The worst objection that can be made to Societies in their existing form is the drying up of work, manifest even in the quality, that they cause among the best of people. The success of the School will be measured by the production of work that is acceptable in its proper setting.”

A cartel is a small study and research group of 3 to 5 members who elect to work together. They choose a ‘plus one’ to lead and animate the life of the cartel, with an aim to produce a material output of high quality.

Participation in Lacan Circle cartels is free and open to anyone with an interest.

We encourages publication of each cartel’s work in several ways: its journal PsychoanalysisLacan; the publications of the New Lacanian School, such as The Lacanian Review and TLR Online; and presentations at Lacan Circle events.

Cartels are intended to facilitate research and study in the Freudian Field; they are registered with the NLS via the LCA.

A cartel is the original mode of working suggested to psychoanalysts and those who want to study psychoanalysis. It is a working group that relies on several organising principles that were defined by Jacques Lacan and that take each one’s specific relationship to knowledge into account, which he can elaborate when it is a matter of unconscious causality.

Three to five people choose to work with each other

For the creation of a cartel Lacan suggests three people as a minimum, five maximum, and in 1980 specified four as the ‘right measure’. Four is the reference participant number for the majority of cartels today. Meetings happen at a rhythm that is decided between the cartel members, called ‘cartelisands’.

The ‘plus-one’ is chosen by the cartelisands and according to Jacques Lacan is the person “in charge of selection, discussion and the outcome to be accorded the efforts of each”. See Founding Act of the Ecole Freudienne de Paris, of the 21st June 1964. His function is crucial to support the work of each cartelisand with tact, to face difficulties and to maintain a distance between knowledge and truth.

The theme of work

The creation of a cartel gives each cartelisand the opportunity to choose a theme of work: the reading of a seminar, the elaboration of a concept or of a case, the connection between psychoanalysis and other fields, etc. To each person’s theme a common theme is added that becomes the title of the cartel.

The work carried out does not lead to a collective product or to a knowledge taken from the group. It is rather a matter for each one, according to the moment of his relation to psychoanalysis, to submit what could be noted of what was being able to be modified in his relation to analytic knowledge.

A cartel cannot last longer than one or two years. Its necessary conclusion allows the avoidance of noticeable inertia in working groups that become eternal (See Jacques-Alain Miller, Five Variations on the Theme of “Provoked Elaboration”) and hinder the appearance of a new knowledge for the subject.

The scansion is produced as an event of the cartel that concludes. 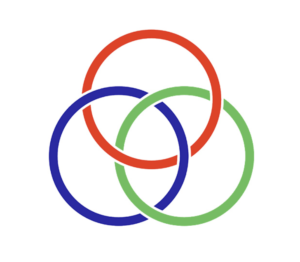