The unconscious is real, Lacan declares in his final text.[1] Not symbolic, but real. Where and how do we detect this real, the bits of real, fragments of the real, in our clinical experience? How is this reflected in analysis?

Does it make us re-think interpretation?

There are different approaches to interpretation in Lacan’s teaching: deciphering, punctuation, the cut, and so on. As Lacan taught, a symptom is a metaphor whose ultimate reference point is the paternal metaphor. But deciphering a symptom to reveal its signification only causes it to hold even more tenaciously to the jouissance it harbours. Indeed, truth and jouissance are not opposites but sisters. The concept of punctuation refers to interpretation as a symbolic operation, one that reconfigures meaning and the emergence of truth. The cut is construed as a way to produce an enigma that puts the subject to work; but an enigma is an ab-sense, and thus is related to sense.

An equivoque equivocates over meaning. What are the implications for the practice of analysis?

If the unconscious is real, none of these semantic issues – truth and meaning – touch the real sources of jouissance. By virtue of the fact that it speaks, the human animal’s relationship to its body and thought are fundamentally disturbed. Jouissance, this always dysfunctional jouissance, is the human animal’s cause; it causes it to speak, to think, to desire and act. 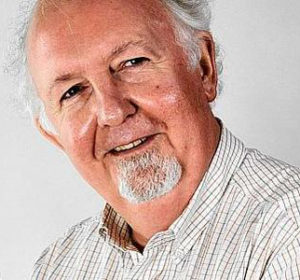 Alexandre Stevens is vice-president of the New Lacanian School and Analyst Member of the New Lacanian School (NLS) and of the Ecole de la Cause freudienne (ECF). He is the founder and therapeutic director of Le Courtil, an institution for the psychoanalytic treatment of children located in Belgium; and former president of the NLS and the ECF. Trained in psychiatry, Stevens practises psychoanalysis in Brussels and teaches in the Clinical Section. He is the founding editor of Quarto and has published extensively in publications of the Freudian Field.

A podcast of Alexandre Stevens’ excellent talk on ‘Unlimited Enjoyments’ is available thanks to the Backdoor Broadcasting Company. Hosted in London on 17th March 2016 by the MA in Psychoanalysis at Kingston University and the New Lacanian School, Stevens’ seminar addresses what he calls the “principles of limitation” or “modifiers to enjoyment” which can be used as markers of diagnostic orientation in the psychoanalytic clinic, or as possible restitution mechanisms for psychotic subjects. Drawing from his work as Director of the Belgian clinic Le Courtil specialising in the care of autistic youngsters, Stevens points to the ways in which these limit points can be used to indicate the form of jouissance available to the subject and the ways it can be controlled. As well as discussing his work at Le Courtil, his comments expand into a discussion on Lacan’s formulas of sexuation from Seminar XIX and XX, which Stevens reads as an expression of Russell’s paradox – they are “not a partition between men and women but between two logics of organisation”. This podcast is especially relevant to this conference, where Alexandre Stevens is the invited keynote speaker. The full recording is available here 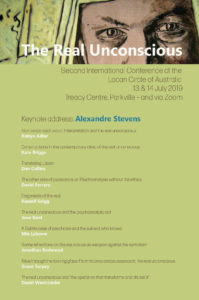